Docker and Kubernetes: What is the Value of Containerization?

In the last few years, the primitive and conservative world is vanishing. In its place is emerging new world whose base is science and technology. The DevOps community has been flourished due to microservices and containerization-based architecture. According to 451 Research, container technology such as Docker and Kubernetes will eventually face the fastest growth in contrast with other cloud-enabling technologies, with an estimated CAGR of 40% through 2020. 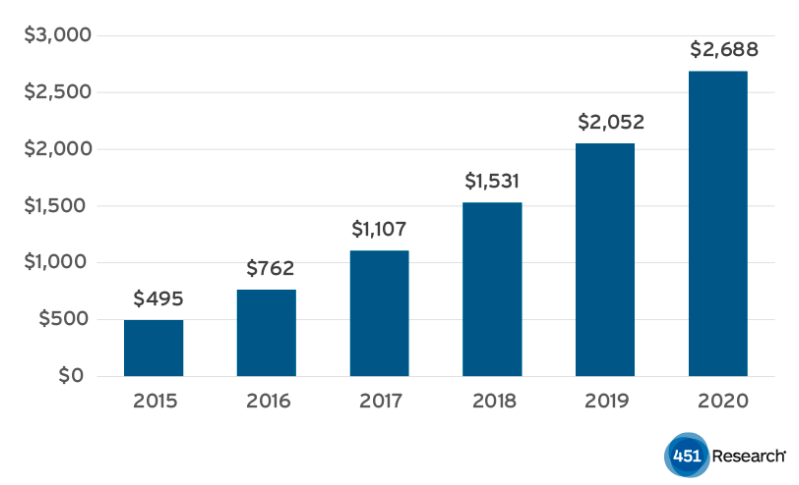 Containers are a way of software packaging. The best thing is that you know exactly how it will run – it’s, repeatable, predictable and immutable. No unexpected errors will arise when you move it to a new machine, or between environments.

Build and Deploy Containers with Docker

Docker is a tool which helps you to pack your software within a container. The tool once built offers you immutable Docker images which can run across various operating systems which are Docker enabled.

Kubernetes being an open source container orchestration platform, allows numbers of containers to work together which helps in reducing operational burden. It enables:

Docker and Kubernetes work at different levels. The Docker engine is responsible for running the actual container image built using Docker. Kubernetes helps you to orchestrate those containers and also handle higher level concepts such as service-discovery, load balancing and network policies.

When used combined, both Docker and Kubernetes serve as great tools for developing a modern cloud architecture, but they are elementally different at their core. It is important to understand the high-level differences between Kubernetes and Docker when building your stack.

Let containers help to disentangle the mysteries of cloud computing for you. Regardless of your privileged cloud journey, we can help in containerizing applications, connect with us and send your queries at hello@cloudhedge.io.