Evolution of NoOps from DevOps

Over the years DevOps has well established its methodologies for performing continuous deployment of applications and patches with the least amount of effort. Moreover, it has successfully paced itself to be competitive in the face of digital disruption, for which many organizations are keen to adopt in all facets.

Moving further, a concept well-known to us, ‘NoOps’ has been lurking around from quite some time. The thing is, DevOps with the use of collaboration between development and operations teams improves the fast-changing software demands and brings coherence to the software development process, however, bringing evolution to the table NoOps manages to automate most of the operational process. With this, it’s easier to speed up deployment phase by keeping the developers away from the dependency of System Admins for any infrastructure issues. NoOps manages to execute it through continuous integration and allows the developers to focus on the core needs “DEVELOPMENT”. To break it further, through NoOps, developers can save time on writing the code, make the necessary changes, ensure build stability and ready the application for deployment, and let the System-Admins teams take care of arising infrastructural issues. 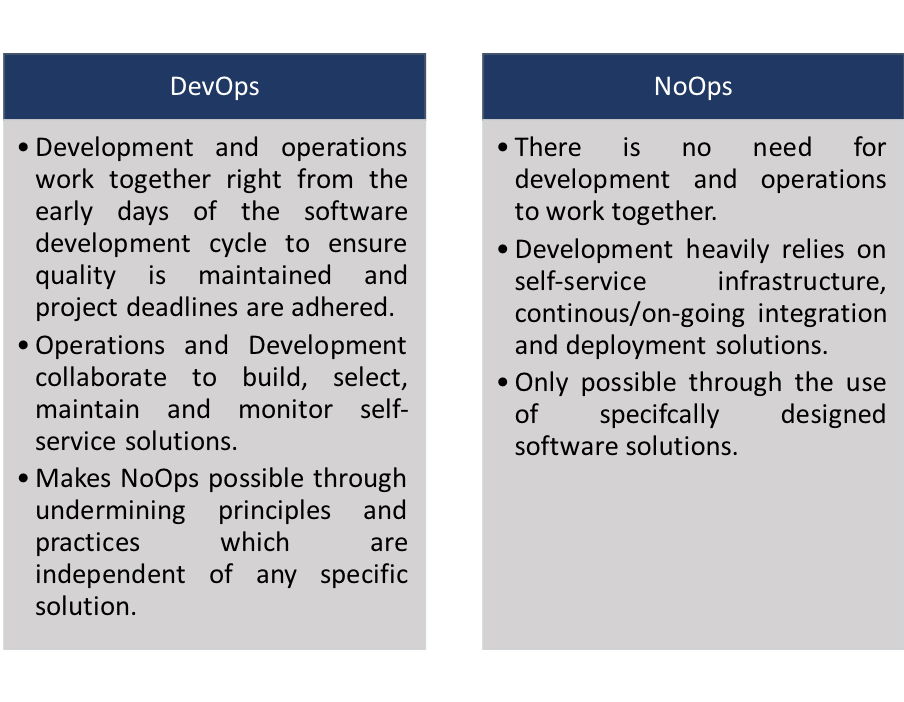 For startups who are having a crunch on manpower and where developers need to perform multiple rolls apart from developing the application, a NoOps approach comes handy. Moreover, CloudHedge had executed a similar approach for one of its customers (Agentz) in the AI and ML space. Agentz wanted CloudHedge to automate their cloud infrastructure management which was hosted on AWS. Following steps were taken by CloudHedge to implement a NoOps culture for Agentz:

Moreover, CloudHedge can customize its automated deployment tool – Cruize and enable provisioning and de-provisioning on cloud.

So does NoOps replaces DevOps?

The million-dollar question! Even if you manage to automate few processes, there would still be a gap of air which would require supervision. NoOps is part of DevOps, therefore, for them to work effectively both need to be implemented in one or the other ways. Moreover, NoOps is not the end of DevOps, it is just the beginning. NoOps cannot work independently of DevOps, they both need to be present in order to function seamlessly. And for startups who need to automate their process or deploy infra on cloud within days instead of weeks/months, CloudHedge certainly cuts the mustard! Contact us to know how we can customize, provision and de-provision your infrastructure on any cloud, be it AWS, Azure or on Google Cloud Platform.

Eshan heads the Marketing function at CloudHedge by focussing on drafting strategic content on upcoming technologies, summits, and everything around the cloud and container landscape. He is more